Connor Vlakancic was born in Aurora, Kane County. He lived in Batavia here is now the US Department of Energy, Fermilab particle physics laboratory. He was raised in Hinckley, DeKalb County which is adjacent to Lee County where President Ronald Reagan was raised. He has visited Ronald Reagan’s boyhood home in Dixon multiple times. 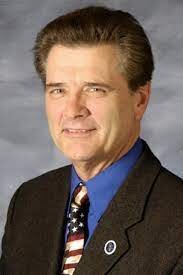 Connor VlaKancic was born and raised in Aurora and rural DeKalb County, Illinois, close to the birthplace of California Governor and U.S. President Ronald Reagan, and raised in a pragmatic traditionalist farming family environment where conscientious behavior and productive work were encouraged, expected, and respected.

His paternal Grandfather was of Croatian heritage from the Dalmatian Coast in the north Adriatic Sea during the end of Austro-Hungarian rule and immigrated to America in 1917. His maternal grandfather was of German heritage and immigrated to America in 1916. Raised as a typical American boy, he was not introduced to his European heritage in his youth. As an adult, his enthusiasm for learning his Croatian family culture has become an important part of his personal and business life. He promotes family unity values and encourages everyone to learn and experience their own heritage to foster and develop their personal erudite confidence.

Connor VlaKancic’s early Silicon Valley technology career includes semiconductor, computer, and communications networks products and systems. He frequently traveled to worldwide business sites in Asia and Europe countries.
During the 1980s, he was an early entrepreneur in the personal computer systems revolution. He has published technology articles in several computer magazines and was often featured as a lecturer at Internet expositions. His visionary communications competencies include 3 U.S. and foreign technology patents.
When ARPANET gave rise to the Internet in 1990 he became an open-standards computer network executive where he organized business relationships with multiple Silicon Valley companies for the Fortune 1,000,000 companies.
During the mid-1990s, he founded a family reunion, live video conference service to provide “Familia Visitas” between California and Mexico diaspora communities.
As the millennium changed, he was a business consultant and due-diligence investigator for international venture capital investors headquartered in Silicon Valley and a business development manager at name-brand companies where his communications business development expertise was focused in client/server software API solutions.
Following the implosion of the Silicon Valley-centric “Internet bubble” at the start of 2000, he altered his business direction. Based on his international business acumen and family heritage, he launched a company to import a variety of food and alcoholic beverages from the Adriatic Sea region of Croatia (his grandfather’s homeland). The company distributes Croatian and Bosnia products in the multiple U.S. States including a recent TTB Illinois Importer License.
Due to the impact on international shipping following September 11, 2001, he became very involved with U.S. Federal FDA food traffic issues within U.S. adult beverage industry trade advocates. This experience expanded his personal motivation to U.S. Federal government political reform and California legislation. He has authored multiple California Constitutional amendments with expert-witness testimony to California Assembly committees.
Appointed by U.S. Ambassador William Montgomery in 2000, he serves as an International Elections Observer (U.S. State Dept. Representative to OSCE/odihr) to the new democracies emerging from the collapse of Yugoslavia and has presented Balkan [states] expert-witness confidential testimony to U.S. State Department investigations.
He is a past Trustee in The Committee for Economic Development www.ced.org national policy think tank in Arlington, VA, and past Member and DPI/NGO collaborator at Judicial Watch in Washington, DC
He was a U.S. Federal appointee candidate; Commissioner of Election Assistance Commissioner, HAVA Act (2009)
He has been a political candidate: U.S. Representative, 15th and 17th Congressional District in California and U.S. Senator from California and U.S. Representative, 11th Congressional District (his hometown of) Aurora, Illinois.
His education includes undergraduate and graduates studies in Illinois and California universities and U.S. Congressional engagement training in California and Washington, D.C.
He is a professionally trained chef and General Aviation – instrument-rated – private pilot with over 5,000 hours of PIC.